At QDS we believe our staff is family, and our company is founded upon family.

Run by father and son, QDS is a company that leads by example. 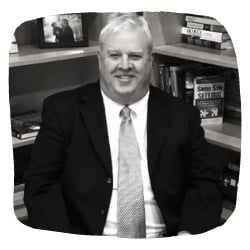 Joe Farrell is the President and Founder of QDS. Joe started QDS in 1983 with a passion for providing end users with choices of great products backed by superb service. Joe has over forty-eight consecutive years in the cash automation business. Joe enjoys helping Financial Institutions and other cash handling organizations achieve their strategic goals, through the use of technology. Joe is adamant about quality of product and quality of service that QDS provides our customers. Joe believes that our core values and the hearts of our employees, are QDS’ most important strength. Joe’s two biggest passions are providing our customers choices for their business needs and making sure the family of QDS is well taken care of. 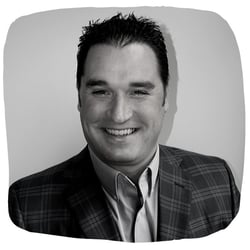 After ending a professional baseball career due to injury, Sean joined QDS in September of 2003. Sean began as a sales rep, and has grown his skill set over time to have broader and broader responsibility. Sean began to launch QDS into more systems of products like Cash Automation and Branch ATMs. Sean has helped lead QDS into a regional powerhouse in the Cash Automation, ATM, and ITM market. Sean was honored to be named CEO of QDS in April of 2012. Sean takes pride in helping customers understand complex topics and strategies. Sean prides himself on pushing the innovation curve to build on the legacy of service and customer experience that Joe Farrell built the foundation of the company on. Sean is widely respected in the industry as a thought leader and speaker. Sean is most proud of the culture of QDS, the family atmosphere, and the impact QDS has in the communities it serves.